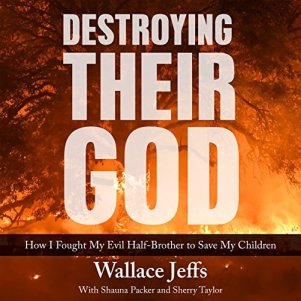 My first non-fiction work, author Wallace Jeffs tells the tale of being a child growing up in the Fundamentalist Later-Day Saints Church as a half-brother to Warren Jeffs, who was raised to become the Prophet of the FLDS Church and was later a convicted pedophile. The book gives you a look into the social and familial workings of the FLDS from a first person point of view as well as seeing how Warren was treated as a “blessed” child, the Chosen One to lead the Church, and how he abused the power he was given.

As a father of two daughters, and just as a man, I was shifting between astonishment and complete rage of the actions of the FLDS faithful. Mothers, already untrained in any manner of household tasks due to marrying so young, would fight amongst themselves to the point of physical violence. Fathers would marry their daughters off as chattel to gain favor with the Prophet or anyone higher up the cult’s power chain. With each chapter completed, I found myself having to take a few minutes to digest what I’d just read. I could never imagine being so completely enslaved… yes, that’s the right word… to a faith and moreso to a man who was clearly changing doctrine for his own desires at a whim. Yet, these people were born into the church and know nothing else and refuse to know anything else other than that life. I had to remind myself of that fact constantly.

Unlike the usual tales of cults like Jonestown and the Branch Davidians that ends in death, this story is still continuing. Warren Jeffs lives in prison, sending out “revelations” to his followers and those followers still believe in him and that the End of the World is just one more year away… just one more… one more…

“David Hall is 30 years old, divorced, and a self-proclaimed wine connoisseur. He has no business venturing into a world of flesh-hungry monsters. But when a phone call from his diabetic sister gets disconnected, he knows he’s the only one who can provide her the care she needs.

Seeking help from his gun-toting survivalist brother-in-law and his ex-wife, David must make a dangerous journey across the city of Asheville. But the real danger isn’t the zombies he’ll have to face, or the threat of certain death; it’s what kind of man he’ll become if he survives the trip.”

This zombie apocalypse comedy is described as “Douglas Adams meets Max Brooks” and I totally agree. Also, there’s a lot of Niles Crane (David Hyde-Pierce’s character on the TV show “Frasier”) in David Hall’s personality. I enjoyed producing this quite a bit! 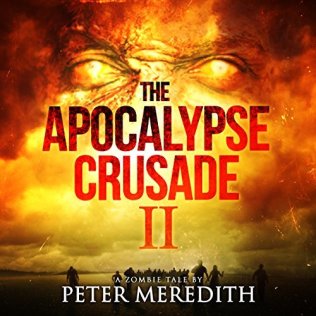 This Zombie Apocalypse (aka “zom-poc”) series begins with the origins of the infection, which began as a very possible cure for cancer, though corporate espionage, outbreak, military intervention, forced alliances and double crosses, greed and sacrifice, and political grandstanding. A definite listen for fans of Michael Crichton and ‘The Walking Dead’. 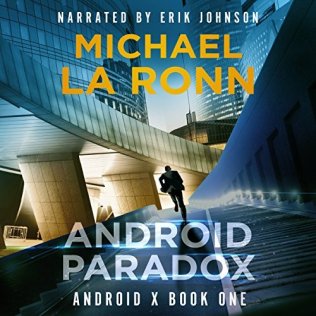 The year is 2300. Humans and androids live in peace after a devastating singularity and years of war. Xandifer Crenshaw is a special agent android for the United Earth Alliance. His job is to track down rogue androids and destroy them to keep the world safe.

When another android agent goes maverick and starts a killing spree, the fallout could shatter the alliance between humans and androids forever. X hunts him down, but what seems like a simple operation turns weird fast when X discovers he’s up against something far more sinister that is just as intelligent as him. And whatever it is, it also holds the key to X’s forgotten past.

The future belongs to humans and androids…or is that a paradox?

Lucifer, Prince of Darkness, is off to a rough start. He’s been plucked from Hell and dropped onto a rural Georgia highway and he’s about to be hit by a car. To make matters worse, Lucifer is being hunted by Barabbas, charged by God to find the fallen angels who waged war against Heaven as they are brought to Earth from Hell one by one and all offered the same deal: rejoin the Kingdom of Heaven with a clean slate or perish forever.

Barabbas’s hunt becomes something he never expected when Lucifer reveals himself to the world and uses the age of information to his advantage. Before he can face off against Lucifer, Barabbas’ll have to handle the geriatric Horsemen of the Apocalypse and a zombie army, but with his vampire companion Kate, a motley group of NSA agents led by a 14-year old girl, and the Three Wise People, Barabbas might just stand a chance.

This Christian-themed romance series concerns the citizens of a small town called Sanctuary, a town that does not exist on any map, created by the Federal Witness Protection Program in the 1950’s for those persons who didn’t feel safe under the guise of a new identity. Despite this, not everyone in town is going along with the program.

Book One introduces a former undercover US Marshal who’s leaving the department to be a proper father to his young son. However, he ends up taking a job as the new Sheriff of Sanctuary. What could go wrong? Start with a bloody murder and the constant fingerpointing to a suspect with a particularly homicidal past… and the Sheriff is falling for her.

Book Two concerns the owner of Sanctuary’s cake shop, a former daughter to a mob boss, who’s caught the eye of a local rancher. Her “married to the mob” drama queen mother and sister aren’t going to make landing the handsome cattleman any easier. When an assault in the hospital turns into a conspiracy to kill every man, woman, and child of Sanctuary, loyalties aren’t what they seem.

Half man, half angel, all soldier. The Soul Eaters will stop at nothing, even death, to uphold divine law. When duty brings Noah Kavanaugh into Nurse Caroline’s path, he is unprepared for the intense desire igniting between them. The limits of his own self-control are tested as well as his loyalty to the law he upholds. Hiding his supernatural origins and rejecting the impulse to take Caroline as his mate becomes unbearable. Soon, they both discover that Caroline’s got a supernatural secret of her own.

I say other people’s words and play rock n roll for a living, usually not at the same time.